Australian Ceramics of the 80s

Australian Ceramics of the 80s
THE CERAMIC ART has not a long indigenous tradition in Australia as the aboriginales did not practice this art and practically the only traces of their output are rock paintings. The initial period of colonization did not bring anything new in this field but as time went on, around the mid-19th century, trained potters would appear more and more frequently and small ceramic workshops were opened, though filling exclusively utility functions. It was only at the turn of the century that ceramic production gained momentum and began to answer also the prestige and aesthetic needs of the public. Among the variety of styles, techniques, materials (including porcelain) and glazes, reflecting the complexity of international trends of period, also an anti-import tendency came to the surface, accompanied by attempts to assert national identity by producing articles now highly valued in ceramic collections. The development of art education leading to a system of colleges functioning in every state, created the basis for a comprehensive art movement, with a good deal of space allotted to the ceramic art.
Contemporary ceramic Australian art of the 1980s reveals a variety of trends and influences. The strongest was that of the classical European ceramics, making use of painterly glazes and balanced shapes, far from all eccentricity, and the Japanese influence radiating from Tokyo, a powerful nearby centre. The effect of those is noticeable in the styles and even more in the refined sober floral motifs and sophisticated nuances of glazes. Other trends reflected in the ceramic art are pop art, conceptualism and the revival of Art Nouveau and Art Deco. The most interesting and aesthetically significant trend, however, is the creative urge to draw from native motifs; hence the absence of glaze and stress on the plastic quality of naturally coloured (mainly bright red) or dyed clay; where glaze is used, it is mat, while the shape of vessels is refined but discreet. The intense colour scheme and the specific qualities of Australian clay provide a fascinating and so far not fully penetrated area of artistic research. This trend also embraces the attempts to render the local flora and fauna in ceramics, frequently undertaken throughout the 20th century. 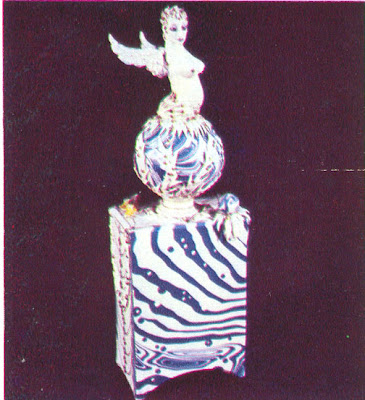 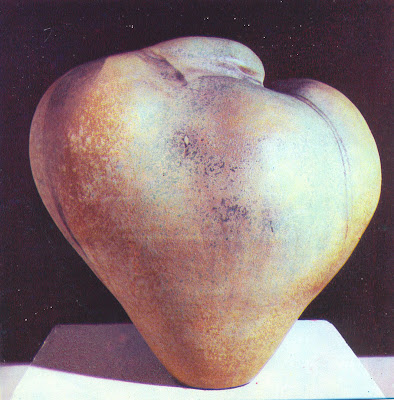 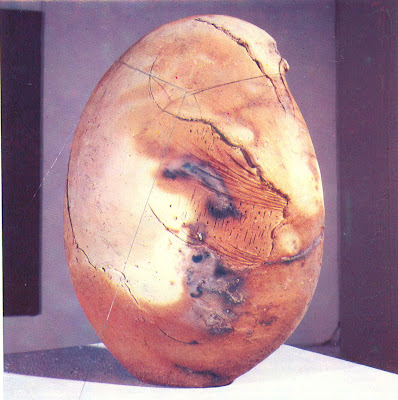 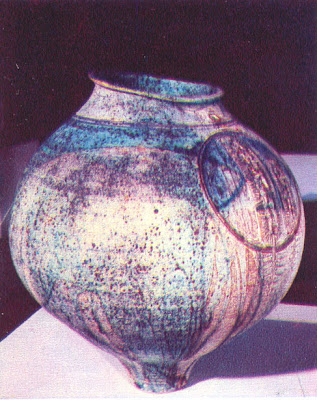 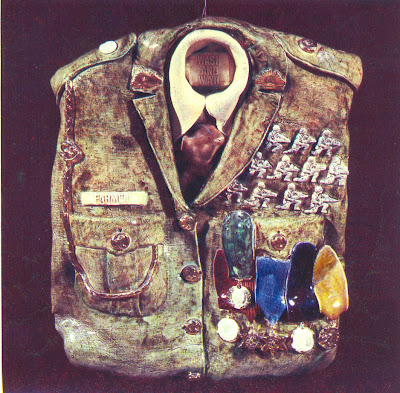 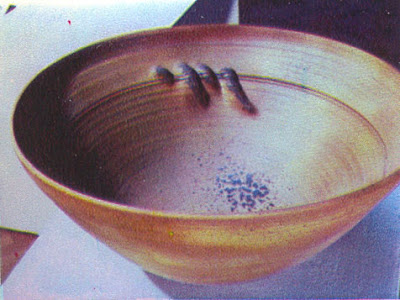 The Colombial Bienal de Arte of 1981

The Colombial Bienal de Arte of 1981
THE COLOMBIAN BIENAL DE ARTE in Medellin is the second biggest artistic event in South America, after the one in Sao Paulo. It is organized by Leonel Estrada, art critic and collector, and financed by banks and private firms. The Biennale opened on May 15th 1981, and was attended by over 500 artists, mostly from South and Central America, with other parts of the world represented by individual artists.
The overall image of the Biennale depended largely on the personal preferences of Leonel Estrada, the soul of the undertaking, who invited artists he knew or who were recommended to him critics. Jasia Reichardt and Pierre Restany were among his European advisers. Of all contemporary art, Leonel Estrada seems to be most interested in painting, hence its prevalence at the biennale, though, in my opinion, it by no means prevails in the present world. I missed drawing, photography, film, video, environment, action, i.e. fluid, border-line forms, represented by only a few artists. This is not intended as criticism of Estrada's concept, in fact, quite a number of critics believe painting to be on the rise again. Like elsewhere in the world, painting in South and Central America is varied: figurative and abstract, constructivist and hyperrealist, surrealist and expressionist. I am not going to lengthen the list but all those trends, in addition to many more, were present at the Biennale with no one striking as particularly noteworthy, though the most recent, neo-expressionism. represented in Medellin. among others, by the Berlin painter Salome Cichlarz, was attractive for its novelty and bright colours. Besides the quantitative domination of painting, no prevailing trend could be traced in Medellin. Hence remarkable individuals stood out all the more strongly. The spatial composition by Liliana Porter, a Colombian artist who lives in New York, was a poetic reflection on art as a gallery of imagination where the hand and the eye complement the few surviving details. That is why her arrangement evoked associations with a model from a historical or archaeological museum built as a setting for selected objects, with a sketch of a tomb providing the frame for a vase on a shelf, and with the story of a detail from a boat or a net hinted at by the schematic drawing of fishermen or the sea made up of a couple of lines and colours. In Liliana's gallery, as sophisticated as Borges's prose, things are accompanied by their images, blurred signs and inscriptions; her hand with a pencil or a brush between the fingers emerges as a memento of the artist's continuous presence.
Lydia Okumara, half-Japanese, half-Brazilian, likewise living in New York, built in Medellin an exceedingly pure, serene constructivist interior in which the tradition of twentieth century European art combined with Japanese order, with the neat Zen Cosmos. At the private view, the Argentine artist Marta Menujin, who relishes the spectacular, set fire to a dozen-odd-metre long puppet: a cotton-filled metal framework meant to represent Gardel, the famous tango singer of Medellin, who died burnt in an aircrash over the same town of Medellin. One-third of the participants in the biennale were women. Using the techniques of assemblage, environment, photography and collage, some of them carried out research into the essence of woman's existence, presenting the variety of dress and moods, looks and behaviour. To sum up the contribution of the South American artists mentioned before: they are some 35-40 years old; they seem to work with a dictionary of twentieth century art in their hand; they combine elements of various trends into heterogeneous wholes which evade classification; they transform and deepen the heritage of the past. Though somewhat eclectic, they seem to have a good deal to say. 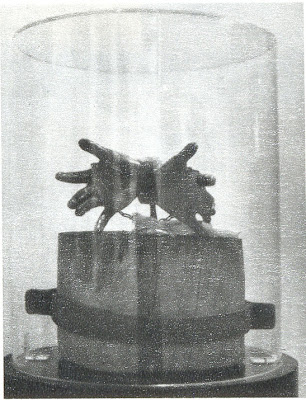 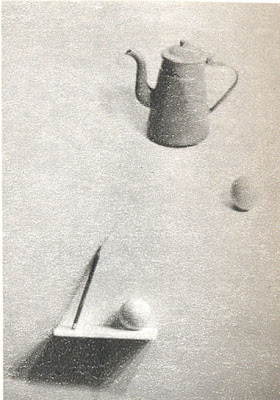 LILIANA PORTER (Colombia). 'Parable of a Palace', fragment of a spatial composition 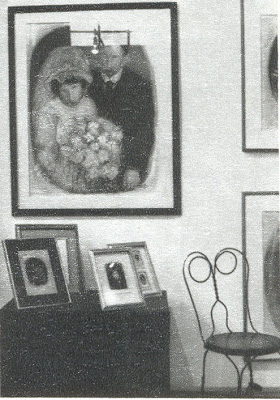 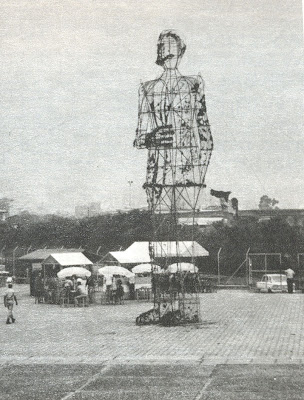 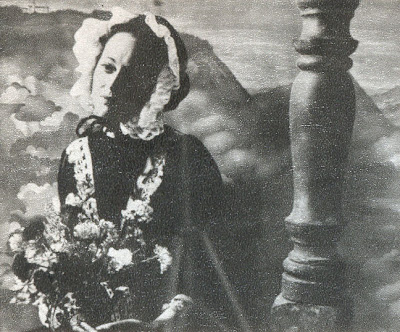 Anton Raphael Mengs was born on 22 March 1728 at Aussig (now Usti-at-Labem, Czech Republic) into the family of Ismael Mengs, a court painter of Dresden. Resolving that the boy should become a painter, his father named him after the two famous masters of the Renaissance — Antonio Allegri (Correggio) and Raphael Santi. The dream of Mengs the Elder came to be true: his son succeeded him in his profession.

1728    22 March:  Born at Aussig (now Usti-at-Labem, Czech Republic).
1729—40    Lives in Dresden,  studying under his father, Ismael Mengs, court painter.
1741    Moves  to Rome with his father,  where he studies classical art under Marco Bene-fiale and  Sebastiano Conca.
1746 Appointed court painter to Augustus III, elector of Saxony and king of Poland in Dresden. Does a number of portraits in pastel. Towards the close of 1746 leaves for Rome.
1747—48    Lives in Rome. Marries Margarita Guazzi.
1749—51 Returns to Dresden. Works chiefly as a portraitist. Is promoted to the rank of senior court painter and is commissioned to paint an altarpiece for the Dresden court church.
1752    Elected member of the Roman Academy of  St. Luke.
1754    Appointed director of the Academy of St.   Luke in  Rome.
1755    Receives commissions from the Neapolitan court.
1757—58 Paints fresco on the vaults of the St. Eusebius Church in Rome, known as The Apotheosis of St. Eusebius, and several portraits. Created a knight by the Pope.  Leaves for Naples at the invitation  of  Charles IV.
1759    Lives in Naples.
1760-—61 Lives in Rome. Paints the famous Parnassus fresco in the Villa Albani. Receives the title of court painter to Charles III of Spain.   Leaves for Spain.
1762—68 Lives in Madrid. Publishes his theoretical treatise Gedanken iiber die Schon-fieit und den  Geschmack in der Malerei.  Does   murals in the royal  palace.
1769    Returns from Madrid to Rome for rest and treatment.
1770    Lives in Florence, where he is admitted to the local guild of St. Luke with the title of director.
1771    Lives in Rome. Paints the fresco Allegory of History in the Camera dei Papiri of  the Vatican Library,  and a number of portraits.
1772    Leaves for   Naples.
1773    Stays in Rome,  then in Florence.
1774    Leaves Florence for Madrid, where he is put in charge of the Royal Tapestry Manufactory.
1775    Finishes, in the royal palace, previously begun frescoes: The Apotheosis of Heracles,  Aurora and   The Apotheosis of  Trajan.
1776    Executes, in association with the youthful Francisco Goya, sketches for tapestries. Works in Aranjuez Castle painting the fresco Time Stealing Pleasures, portraits and other pictures.  Suffers a relapse into iilness and leaves for Rome.
1777    Exhibits his Perseus and Andromeda  (now in the Hermitage, Leningrad).
1779    29 June:  Dies in Rome.
The history of art knows but few instances when a painter's works were appreciated, during his lifetime, as highly as were the paintings of Anton Raphael Mengs. He was a member of many academies, head of the academies of St. Luke in Rome and San Fernando in Madrid, director of the Florentine Academy, court painter to Augustus III, elector of Saxony and king of Poland, to king of Spain, and to the Pope in Rome. Created a knight, and basking in the sunshine of fame and adulation, Mengs was called by his contemporaries the most distinguished painter in Europe. Johann Joachim Winckelmann called him "the greatest painter of his time and of times to come". The rulers of many countries in continental Europe, from Spain in the west to Russia in the east, were anxious to obtain his canvases, sparing neither effort nor money for the purpose. However, his fame failed to stand the test of time. The nineteenth century already saw a considerable decline in enthusiasm for Mengs, and his works, particularly his murals, came to be given a sceptical rather than a complimentary estimate. Numerous opponents appeared, sharply criticizing Mengs and his aesthetic views. An impartial evaluation of the painter's legacy, taking into account its positive and negative features, correctly defining his place in the history of European, particularly German painting, has been worked out in our time, two centuries after the master's death, when investigators finally found it possible to undertake a thorough and unbiased study of his paintings. 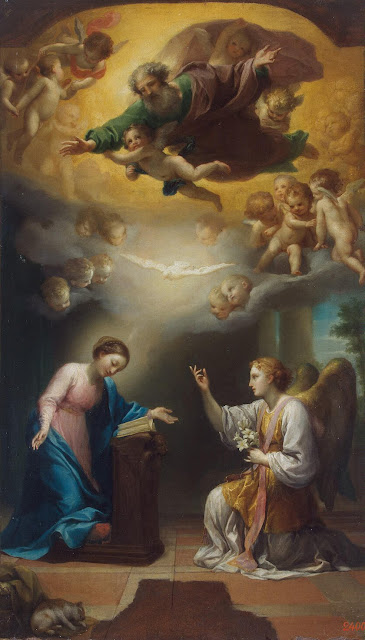 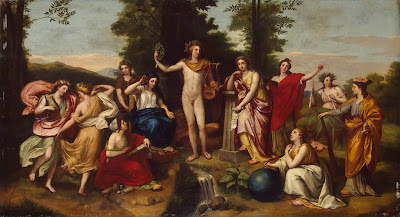 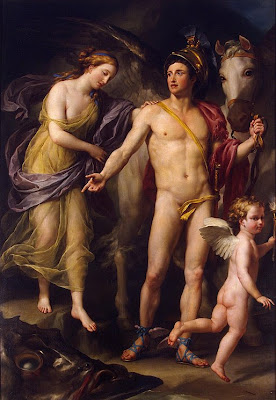 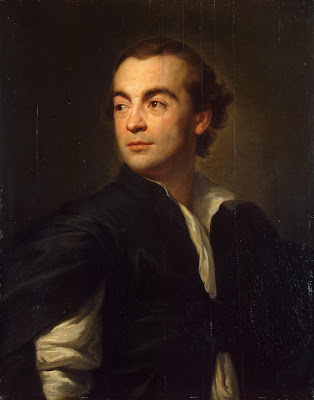 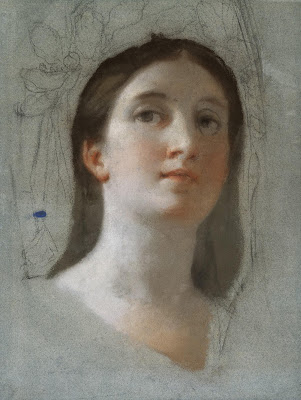 Study of a female head 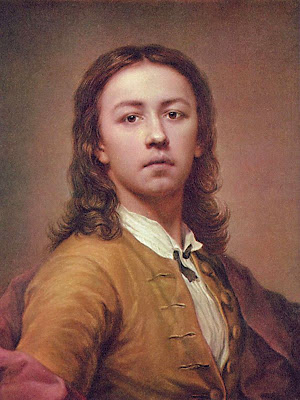 Self Portrait
Autor: Bex o 8:49 AM No comments:

My art articles and studies.